Error no such device ostree 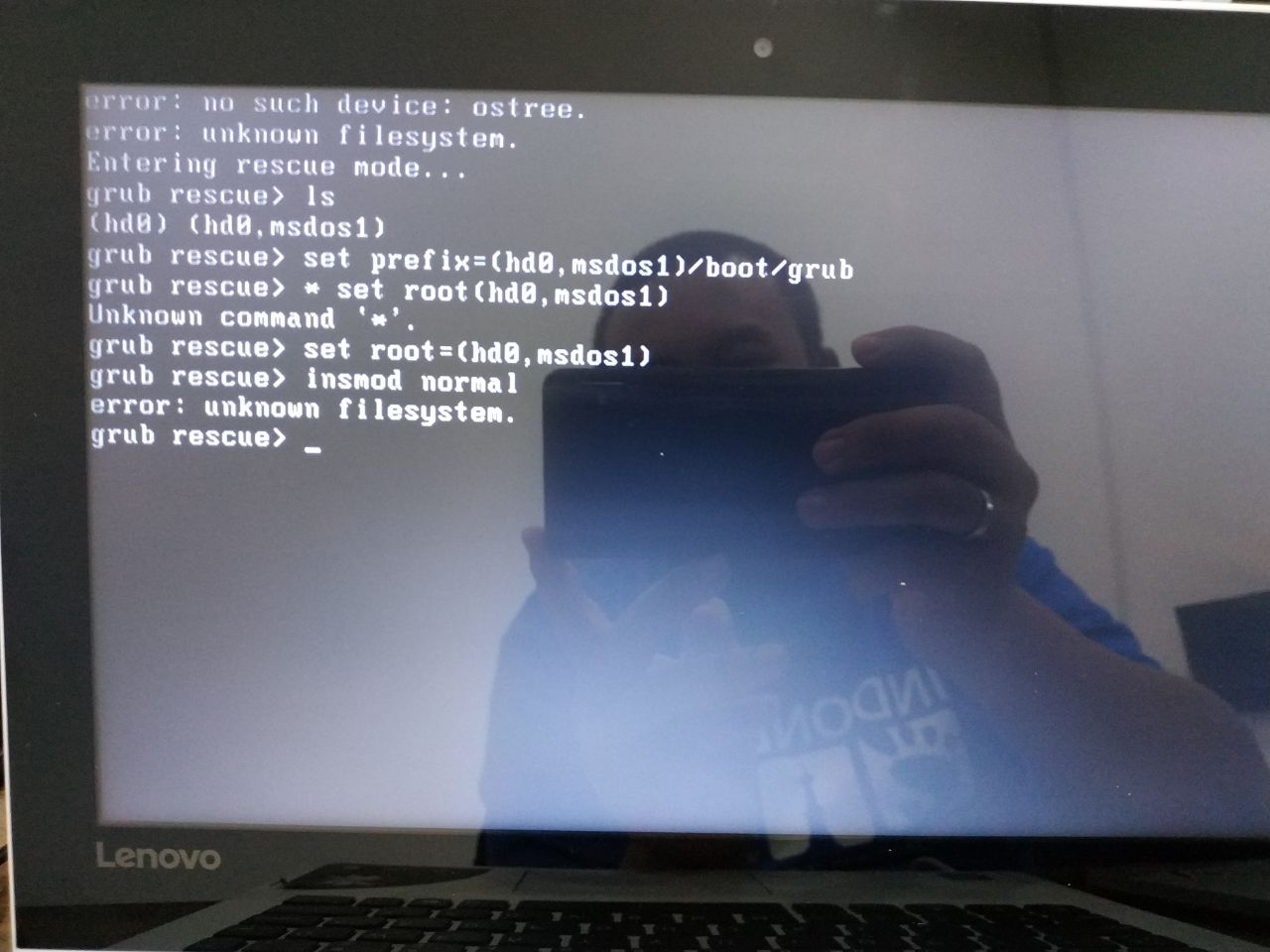 My friend @sendy face this problem on his computer.
Any clue to fix this?
@LeandroStanger @wjt

@cho2 Which version of Endless OS is it using?

forget the latest version on those computer, probably 3.x.x

Unfortunately a bug was introduced in Endless OS 3.5.0 which corrupted the partition table on certain systems (specifically, those with BIOS rather than UEFI, which had a large enough disk for a swap partition to be created).

We have unpublished the affected release and are working on a script that can be run from a USB stick to fix affected computers.

is it affected for 3.5 fresh install or update from the previous version to 3.5 or both of them?

Hello @cho2, hello @sendy! Firstly, sorry for the problem you are experiencing and thanks for reporting it. As @wjt said, there was a bug on the 3.5.0 update process that made some machines unable to boot. We pulled off 3.5.0 from our servers and will soon publish 3.5.1 which does not contain that bug. Still, some manual intervention will be necessary to recover affected machines. We published a script that can be run from a Live USB / DVD environment which should fix the problem and make the able to boot normally again. Please follow the instructions bellow and let us know if that fixes your problem.

Hopefully this will all run smooth and we’ll get you back up and running in no time! Thanks again for your patience.

thank you for the help @jprvita, it works and now can boot normally. thank you @cho2 for helping me posted here.