We hope you are enjoying the content from our January release. We released loads of great content this month. Without further delay, here are the details of our February release:

Sidetrack #2 - Detect changes in code editor
We have added additional code to detect if the user has solved errors in the code editor, and added it into the second part of the Sidetrack quest. We've also made some small changes to improve the guidance for FlipToHack, as well.

Sidetrack #3 - The Wall
A new instruction opens up new possibilities to solve Sidetrack’s puzzles! This is the third part of the series, available after completing Sidetrack #2. 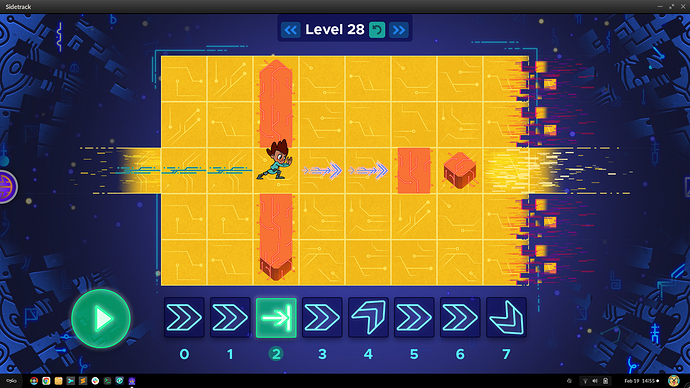 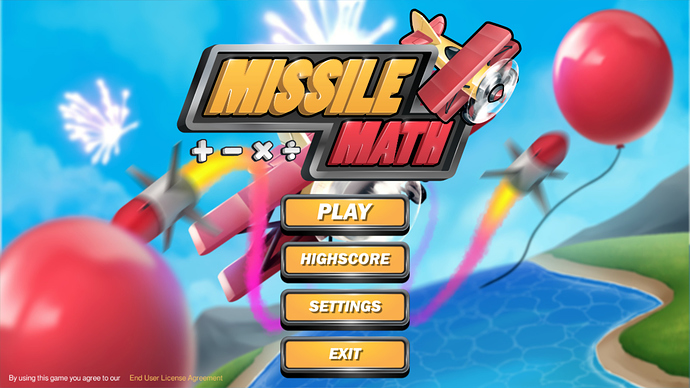 P5JS - Painting with Sound
Over the course of this 3-part series, you'll learn to build a program that lets you visualize any sound that your computer's microphone can pick up! 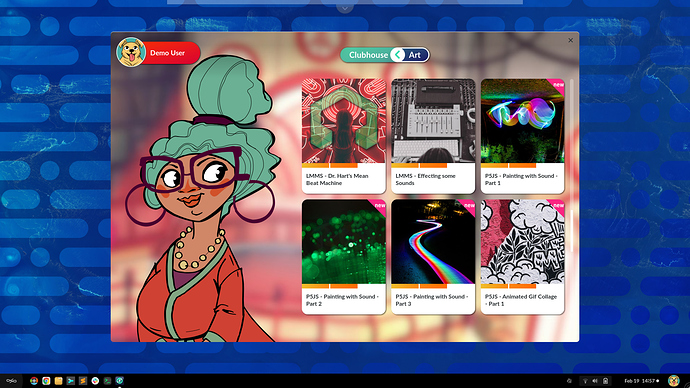 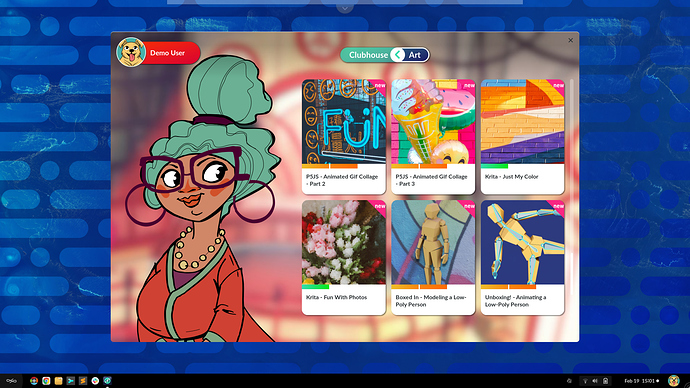 Krita - Just My Color
Start with a simple picture, then change its color and add a background. Quick and easy!

Bootstrapping your way to faster websites
Learn to use Bootstrap, one of the fastest and most popular web libraries out there! 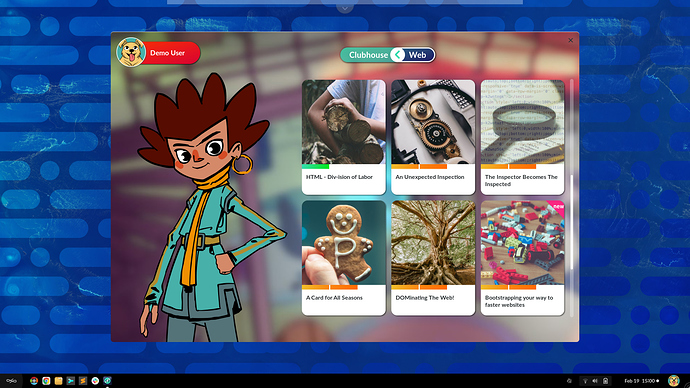 Clouds in a Jar
You probably see clouds a lot - but do you know how they work? Let's capture your very own water cycle in a jar! 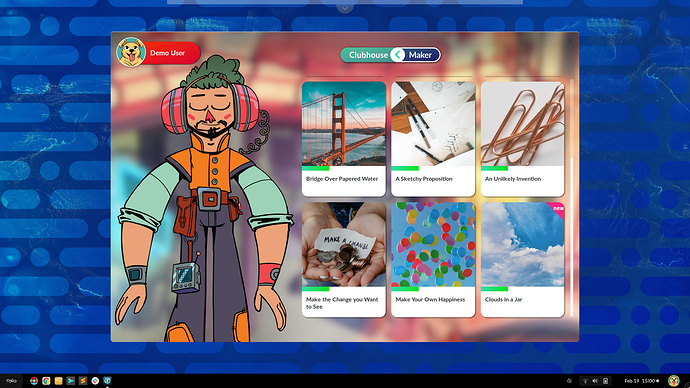 New Cursor
Create your very own mouse pointer (cursor) that you can use across the entire operating system! 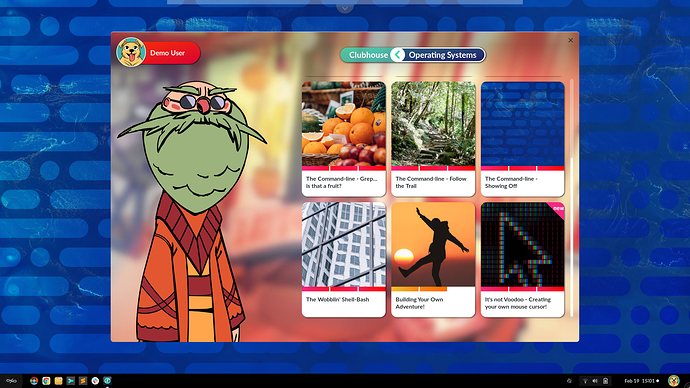 Visual representation of chained quests
We have recently introduced the concept of chained quests - such as the Sidetrack quest series. For example, in order to play Sidetrack #2, you must first complete Sidetrack #1, and so on. Previously, unavailable quests were hidden - Sidetrack #2 was not visible when Sidetrack #1 was incomplete. We have changed this, and now display all available quests. However, locked quests are grayed out and can not be flipped. Hovering over the grayed-out card will show a tooltip explaining the requirements to unlock that quest. 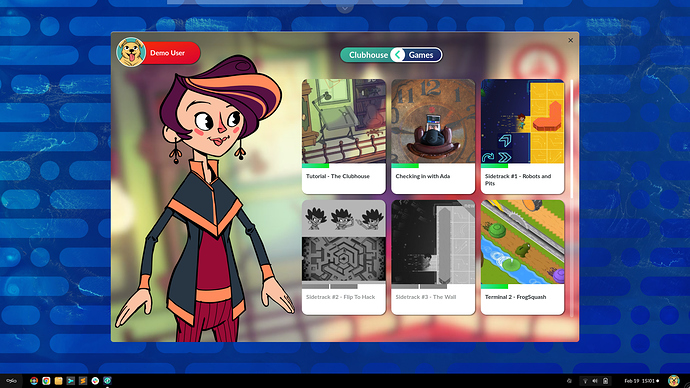 Screenshot from 2020-02-19 15-01-38.jpg1920×1080 653 KB
We hope this will more accurately represent the available content. We’re always refining the Hack UI, though, and we welcome your suggestions and feedback. Let us know in the forum or at #madetohack on social media!

Visual representation of narrative quests
It might be a surprise to some of our users that we have two major types of quests available in the Clubhouse - First are the activities that help your learn and create, but there’s also a second type, narrative quests. Narrative quests drive the story of the world of Hack and its characters, and tell how you, the player, fit in!

Our users and play testers have given us the feedback that it’s difficult to tell the difference, and that’s important - when you want an activity, we don’t want to force you to sit through a story! Hovering over the cards for narrative quests will now display a “book” icon, to help identify them. 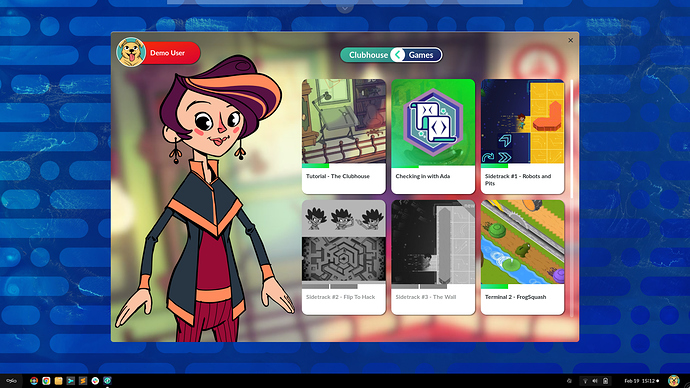 Screenshot from 2020-02-19 15-12-58.jpg1920×1080 644 KB
Canceling of quests
Quests can be canceled by clicking the ‘x’ icon of the dialogue. For narrative quests, that button wasn’t available, so there was no correct way to cancel them, which wasn’t ideal. With this change, the play button for all running quests will turn into a cancel button, allowing you to cancel any quest. 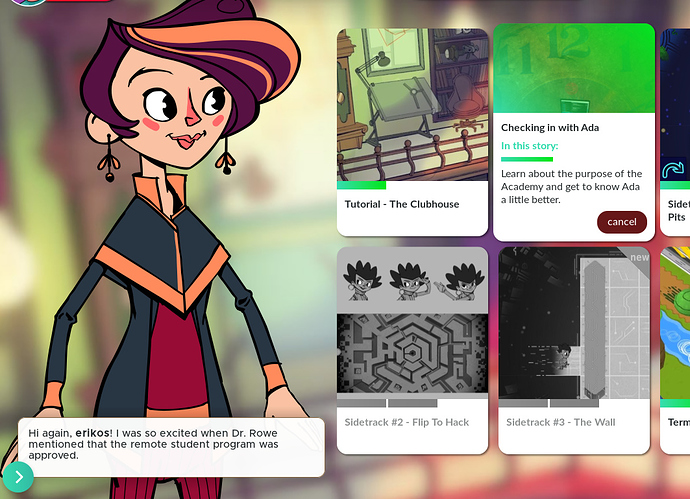 cancel-quest.jpg1063×769 282 KB
New instructors/mentors
We are very happy to have grown the guild of Hack mentors! We’ve added 2 new instructor avatars, cousins of your friend the Daemon, from other systems! Look for them in current and upcoming quests… especially in this month’s Krita quests!