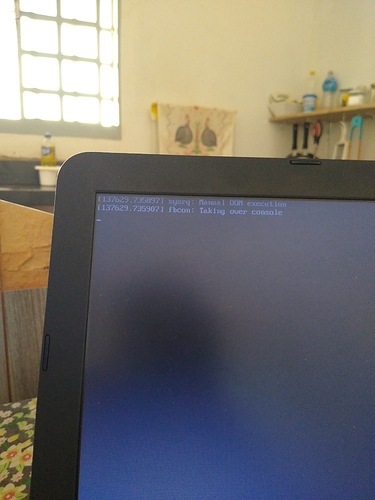 You accidently switched from Graphical Mode to one of the Text Consoles (Ctrl-Alt-F2, …, Ctrl-Alt-F12).

Press Ctrl-Alt-F1 to get back to the Graphical User Interface, or if this does not work (for whatever reason), hold down the power button until the system powers off - then power on again.

For the Future: Most Keyboards have a “Fn”-Key, which acts as a kind of switch for accessing secondary F-Key functions. Press this Key together with the desired F-Key to archieve the wanted result.