Unable to update/install anything

Just tried your suggestion from the other topic. Updates are not working. Sadly I am not sure if I’ve done it the right way. There so many comments and commands… Many thanks to you for caring

Were you still connected to the internet when you ran this?

It’s very strange that you keep getting these errors resolving host names. I’m beginning to wonder if it’s a problem with your internet service provider and not with Endless OS itself. @wjt @dan thoughts on this one?

It got past the important parts of the script, but you’re having a network issue as @mhall119 pointed out. These types of issues should not normally cause problems with the system (I don’t think it’s what caused you to get into this state), but it does cause a problem for this script, which is trying to download missing files. There are 2 issues with you’re repo indicated by these messages:

That means that some app/runtime/os is missing files in the repository. What happens next is that one of these tries to be updated to get the missing files:

But then you hit the networking problems. You can just keep running this script until it succeeds, though. It will just pick up where it left off.

Thanks very much for the feedback. I’ve never had a system with these issues, so it’s been a little hard to figure out how to fix them

If you don’t mind, can you run the following command:

You can just paste the output in your reply. Thanks!

Ok, again, many thanks for your help. I’ll try to fix my problems in running the script again and again

I’ll tell you about result, if there will be one. Thought my internet connection was doing well, so let’s see…

Hello, connoisseurs. I have a similar problem. The AppCenter informs me of an update to the Endless Platform, but when I click Update, the line disappears for a few seconds, and then it reappears. What’s interesting is that the update has been installed through the terminal.

It’s not a problem, just a little annoying. 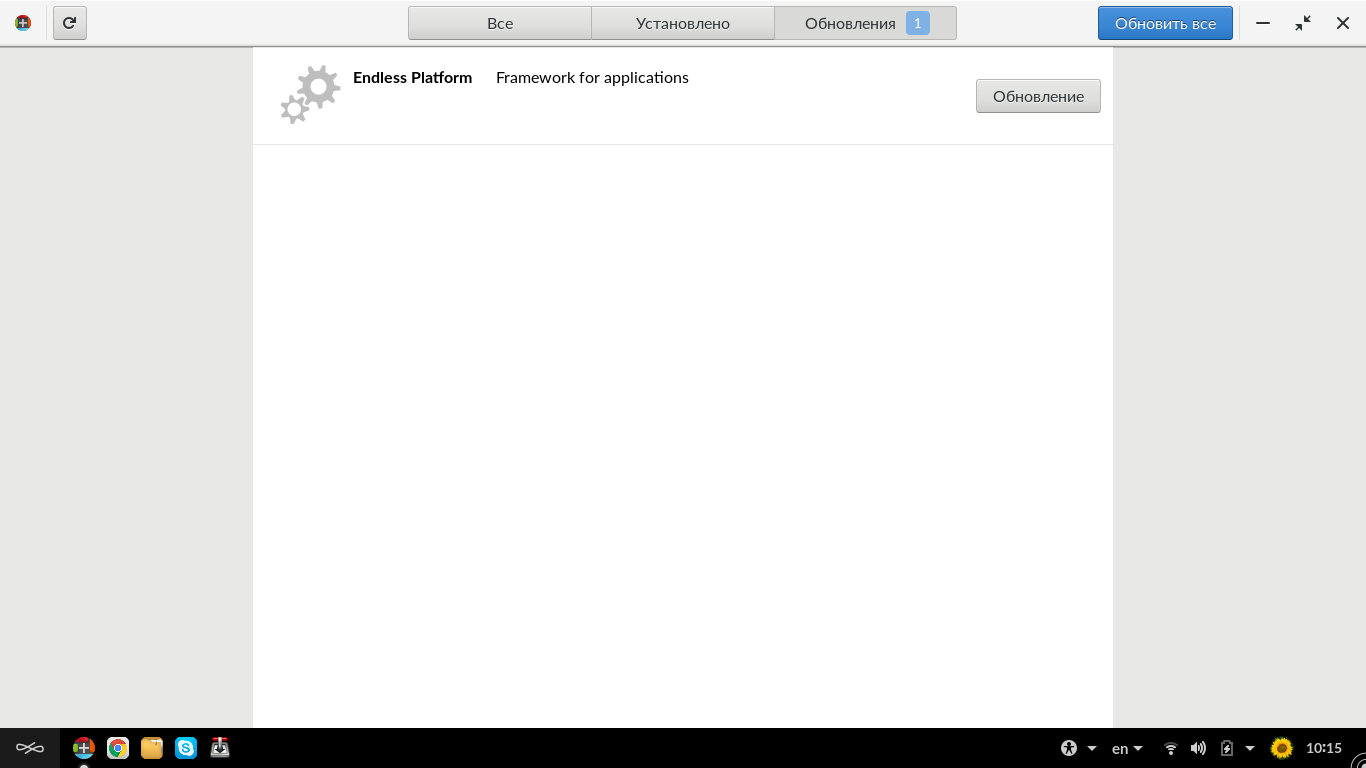 @NofFyddink
Something that would help us a lot to understand the problem would be this:

Thanks for answer. Sorry, I read the whole thread, but i’m did not to do it immediately. Tonight, when I’m being at home, I’ll definitely do it and attach the file.

Hi!
Now I tried to run the script several times, but nothing has changed.
It always had stopped at the same time and now it is not working at all.

I will try the update in an other ones wifi, when I get the time to do that.
When your guesses are right it should work in a well-performing network?!

When your guesses are right it should work in a well-performing network?!

If it’s something strange about your particular network yes, that should make it work.

@LeandroStanger Well, were there any oddities?

Well, were there any oddities?

Well, were there any oddities?

wait for some developed respond

@NofFyddink I think that is a known, and harmless, problem. But the log doesn’t actually have anything relevant in it. Can you reboot your computer; launch the app center; reproduce the problem (click update, wait for the line to disappear and reappear); then re-run eos-diagnostics and attach the new log here.

I believe this is going to be fixed with the 3.3.0 update.

Good. And is there information - when will the update be released?