Yesterday I bought a laptop, Acer NItro 5 AN515-54-58CL and now I have been struggling with some problems.

Something that would help us a lot to understand the problem would be this:

It says page not found.

When I run the command ‘gnome-shell --version’ I get:

I also tried to find GEFORCE Experience app to have GPU info or to run GreenWIthEnvy (GWE) but I can’t find the first one and GWE doesn’t work, it shows this message: 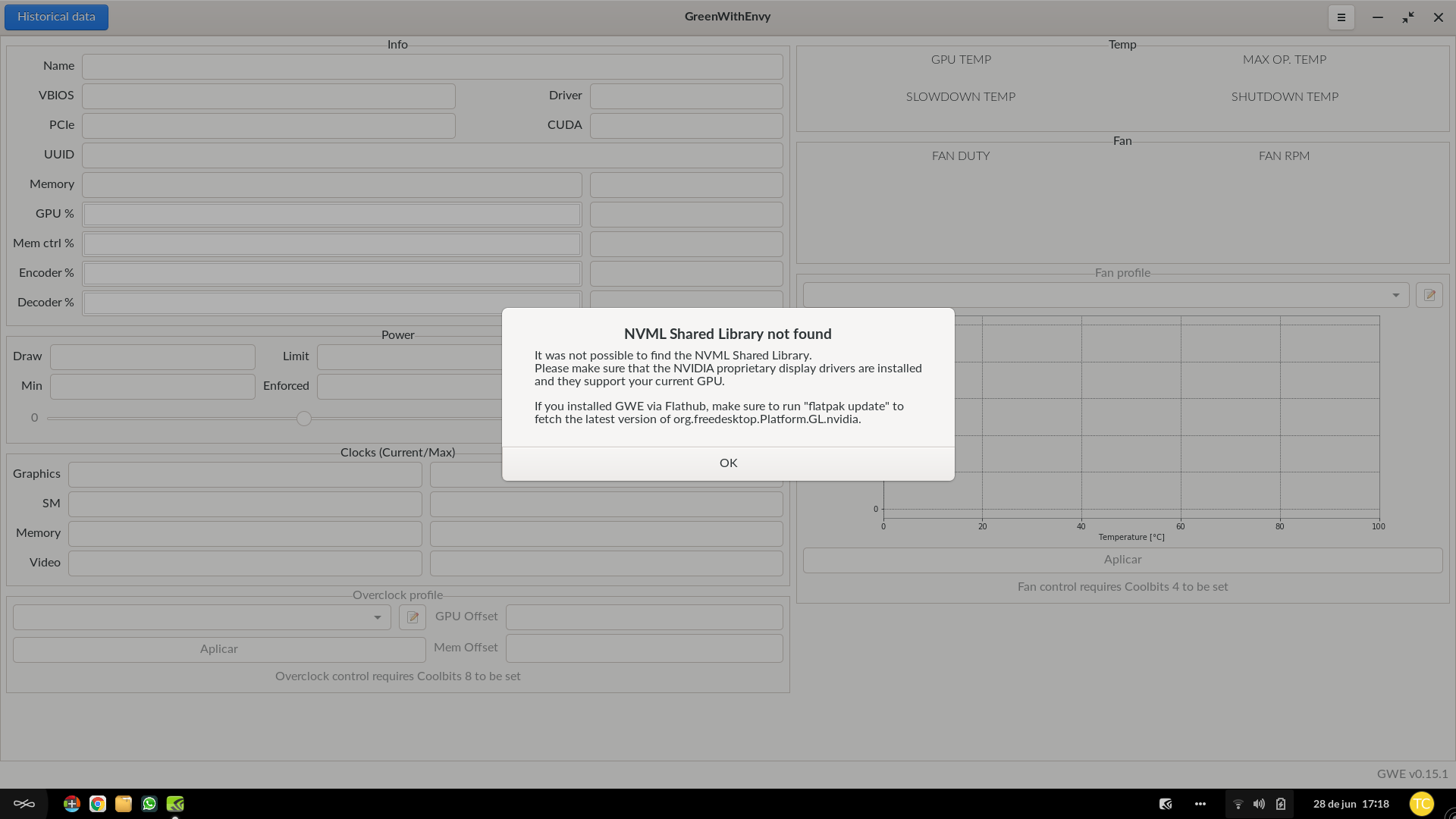