This release of Endless OS adds a destination for kids to learn how to code. With this app, kids have the tools available to develop creative problem-solving skills and build confidence in a fun and safe environment. 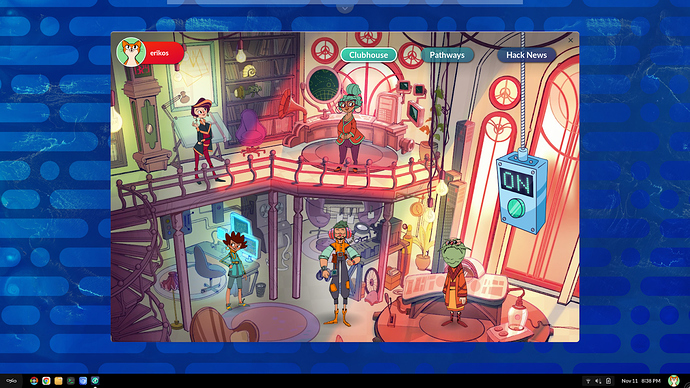 The 5 Hack characters will walk you through the various pathways: Games, Art, Web, Maker and Operating System. 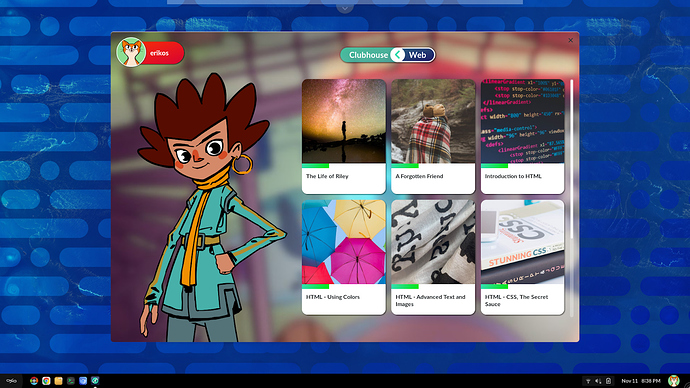 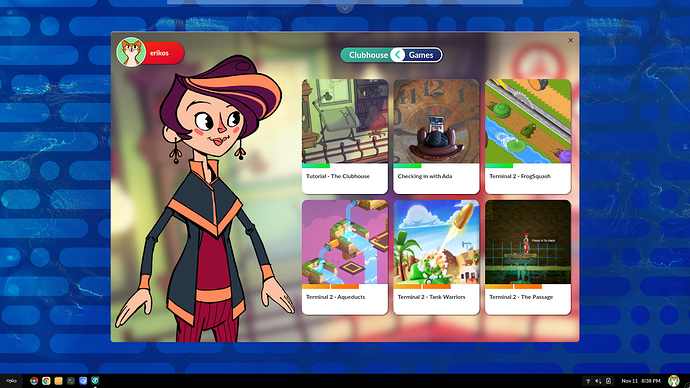 You can dive into the world of Hack using the pinned app icon on your desktop. 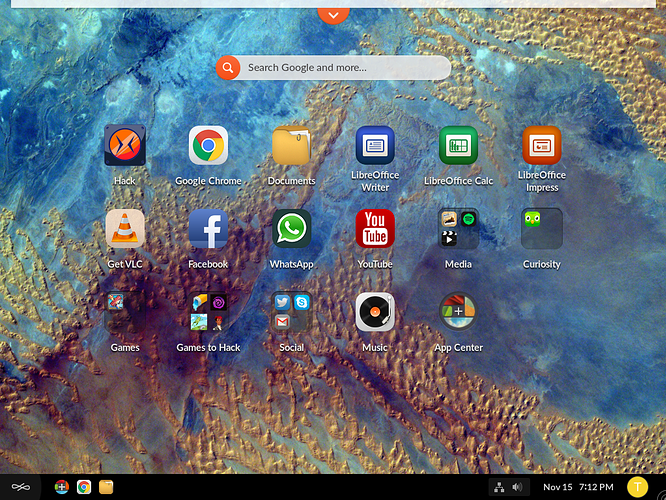 (Hack is not currently supported on ARM-based devices like Endless Mini.)

In this release, GNOME Shell (the desktop, taskbar and window manager) and Evolution (the email client) were also updated to the versions from GNOME 3.34, bringing the latest features, improvements and bug fixes.

The desktop received many optimizations in different areas, which includes reducing the amount of data that programs have to send to the monitor, doing a lot less calculations, better algorithms to update the screen more efficiently, and even an improved animation framework. This should result in smoother animations, longer battery life, and a more fluid experience overall. These improvements also settle important cornerstones for future enhancements and optimizations.

This version also ships with a new default background, showing the Sahara desert photographed from the International Space Station.

A number of hardware-specific issues have been resolved. Notably, audio output is now expected to work on machines using the Conexant CX2072X codec, shipped with a few Intel Atom Bay Trail and Cherry Trail CPUs, and headset jack detection has been fixed on Asus MJ401TA systems. Additionally, on some machines with NVIDIA discrete GPUs, a white tint would appear on the desktop background after resuming from suspend, and this is no longer the case on the systems where this was previously reported.

Finally, thermald is now being shipped as part of the OS, bringing better thermal management and improved performance on some machines.

Hi guys
I’m quite new to Endless OS. After last boot, I’ve been notified of this new update, great !
My question is : will this update install automatically or should I have to trigger it from app center (like Fedora does) ?
I’m looking for automatic updates both minor and major.
In settings, “automatic updates” are on but not “programmed update” (terms are translated back from french to english using my little english skills)

If “Automatic Updates” is enabled in the settings, the OS and applications will update automatically as soon as new versions have been released. Please note, that it could take a little while until the updates are being downloaded and installed.

To trigger the download manually (if you are in a hurry), use these commands:

Thank you for taking time to answer.

How to install it without persistence?
Can you download previous version?

How to install it without persistence?

The persistent data storage only applies to the USB booted Endless session - it doesn’t affect the actual installation that you perform, the installation is the same as before.

Are you saying that you would prefer that when using the USB disk for trying Endless (rather than installing it), you would prefer for all documents & settings to be lost on reboot as before? Can you give us a bit more context/explanation on the behaviour you view as ideal and why?

To give some background on our goals, we’re trying to make the USB-booted Endless increasingly effective and useful as a means of new users evaluating and enjoying Endless, before they make the larger decision to click Reformat and install it on their hard disk, which usually involves replacing their existing OS.

I love endless os I use it live usb every day on a low requirement PC without a hard drive and I try all the versions. but being persistent live usb works too slow!

Thanks for the feedback. It’s a little surprising to hear that you can observe a speed difference. Please bear in mind that the first boot of the newly flashed USB disk may take a few minutes to finish creating the persistent storage area, during which time things might be a bit slower than normal.

Beyond that point though, I would expect it to perform basically as well as before. Most of the I/O at that point should data reads from the USB disk, which remain exactly the same as before - using a compressed filesystem on the USB disk for max performance on slower/older devices.

Writing data will now write to the USB disk (rather than RAM as before) and that would indeed be a bit slower, but I would hope that we don’t do too many writes unless you are explicitly requesting that kind of thing (e.g. through the copying or saving of files).

Anyway, if you would like to disable the data persistence and go back to live mode, I think the easiest way is to boot the USB disk once, then shut down. At this point a 3rd partition will have been created on the USB disk with filesystem label “endless-live”. Rename this partition to any other name, and boot up again, now you should be back in fully live mode.

The filesystem label can be changed with the Disks app. I’m not sure if you can do this while that USB disk is actually booted, or if you’ll have to use another OS or another computer to rename it while booted from another OS - feel free to experiment and let us know!